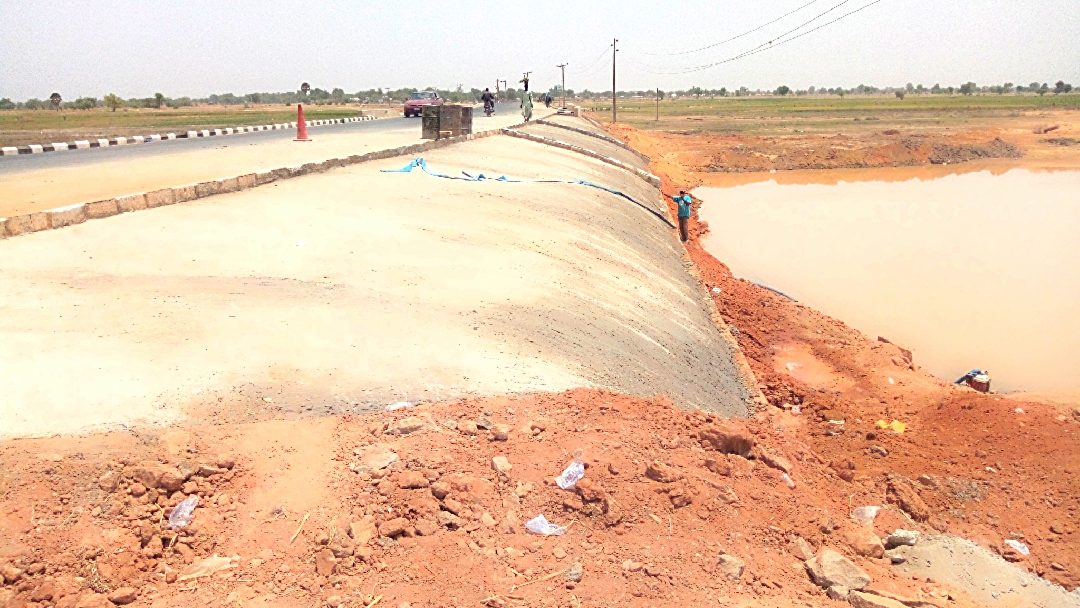 Motorists and residents in Bagudo Local Government Area of Kebbi have commended the Federal Road Maintenance Agency (FERMA) for restoring Tuga bridge that links the country with Benin and Niger Replics from the state.

Tuga bridge situated in Bagudo LGA was cut off as a result of the flood in 2020 that wrecked havoc on infrastructure in many states, including Kebbi state.

Malam Umar Muhammad, a canter driver, who expressed his happiness and relief over the restoration of the bridge, said that the motorists plying the bridge had faced untold hardship following the washout of the bridge by the flood.

“When the bridge was disintegrated sequel to the heavy downpour and flood in 2020, we were thrown into confusion and hopelessness as it is the only means of livelihood and a link to our business partners from the state and in neighboring Niger and Benin Republics.

“What that means was, when it was cut off our means of livelihood was cut off then; the resultant effect was devastating and hardship as three of us who deemed they could try the washout bridge lost their lives to heavy water wave of the flood,” he said.

Muhammad commended FERMA for the promptly restoration of the bridge, saying it had restored their hope and means to live.

Aliyu Muhammad , a resident in Tuga community, said that the collapse of the bridge brought almost all their activities to a standstill, describing the incident as disaster and un-prayed for.

“We have brothers sisters in other communities off the other site of the bridge and when it was cut their brotherhood and relationship was almost cut off.

In his reaction, the Village Head of Tuga, Alhaji Muhammad Tuga, commended the agency for executing quality work and promptly completion of the work.

“You all know that the road and bridge are our means to reach to our business partners and to some extent relatives in the two neighboring countries.

“These things are important to use and bringing them back to us is like rekindling our hope to progression and prosperity ,” he said.

Tuga urged the motorists to drive safely and abide by the road safety rules and regulations in order to protect lives, property and infrastructure in the area.

Also, the Chairman of the local government area, Alhaji Muhammad Kaura, thanked God for making the bridge’s restoration possible and a reality.

He commended the agency and Federal Government for the execution of quality work and the state government for making sure it was done promptly and aptly as expected.

Also, Malam Rilwanu Usman,the Engineer-In-Charge for the FERMA in the state, said the 21 kilometres’ road served as a major catalyst of economic activities within the country and its economic importance could not be overemphasised.

“When the washout occurred in October ,2020, we immediately reported the incident to our headquarters, and our amiable Managing Director, Nuraddeen Rafin-Dadi, graciously approved a direct labour intervention for us to restore the bridge to its original standard.

“We accessed the fund in December after the necessary procurement procedures, and kick- started the project.

“Between January and February we were able to restore the carriageway for, at least, motorists to access to the Tuga for onward journey to the neighboring countries,” he said.

He added that the agency, afterwards, constructed three number of three-by-three – meter box culverts within the river space in order to enhance the water passage and protect the embankment against future flood.

“We reinforce concrete retaining wall of about 300 meters in length to also protect the embankment, among other project quality specifications.

“And you have now seen it yourself that we are able to restore the carriageway to its original standard ,” Usman said.

He also commended Senator Abubakar Atiku Bagudu, for showing his interest in making sure the connectivity was restore.

“The governor has always finding time to monitor the stage of the work, and is morally supporting us.

“We, however, appreciate Sen. Adamu Muhammadu Aliero and Dr Yahaya Abdullahi, Senators representing Kebbi Central and North Senatorial Districts as well as Alhaji Muhammad Bello, member representing Bagudu-Suru Federal Constituency and the chairman of Bagudo LGA for their support in making sure the actualisation of the project,” the engineer commended.