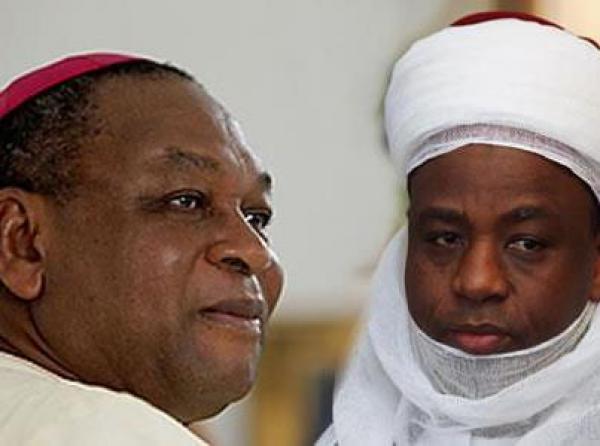 Muslim youths in Kano on Monday donated gift of ram and drinks to Christian faithful in Gama community, Nassarawa local government area of Kano State to celebrate the Easter.

Daily Star Nigeria gathered thaT the donations were made to the Christian community with facilitation of Community Initiatives to Promote Peace, CIPP project and with the blessings of the District Head of Gama, Rabiu Isiyaku.

The youth leader and Chairman, Gama Community Peace Observer, Saleh Muhammad Bashir mentioned that they donated the gift to the Christian faithful to build trust and strengthen the relationship between the faithful and restore the lost glories.

The youth leader further stated that, “When we were kids, we grew up together. We ate, played and attended the same schools.

“Along the line, we don’t know what caused the grudges between the Muslims and Christians.

“So we are trying to revive that lost glory to build trust and strengthen the relationship between the faithful that we inherited from our fore fathers.

“We donated ram and drinks to them in order to build the trust between us because when you trust someone you won’t allow anything harmful or someone to cheat him or her,” Bashir said.

Leaders of the Christians, Evangelist Matthew Changnan described the gesture as a welcome development while urging the community members to shun religious segregation and come together as one for peace to reign.

The Senior Programme Officer of Mercy Corp under the CIPP project, Emmanuel Bala said Gama community was one of the four communities they are implementing the CIPP project aimed at ensuring peaceful coexistence between Christians and Muslims.

He stated that the choice of Gama Community was borne out of a survey it conducted and that which the result shows the community needs intervention of Community Dialogue events in a bid to build trust, foster unity and rebuild peace between conflicting parties in the community.

The District Head of Gama, Rabiu Isiyaku commended the organizers for selecting his community for the CIPP project which he said would go a long way in promoting peaceful coexistence among his subjects.